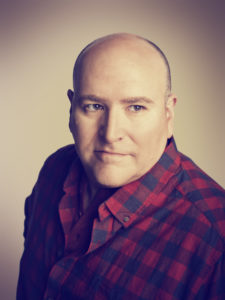 Gwydion Suilebhan is a cultural critic, journalist, and playwright. A lifelong arts advocate, he serves as both the Executive Director of the PEN/Faulkner Foundation and the Project Director of the New Play Exchange for the National New Play Network.

A founding member of The Welders, a Helen Hayes Award-winning playwrights collective in Washington, DC, Suilebhan previously held the position of Director of Brand and Marketing for Woolly Mammoth. Earlier in his career, he worked as a brand and communications consultant for arts and culture organizations.

Suilebhan currently serves on the board of the Alliance for Jewish Theatre. From 2017-2020, he was a member of the Council of the Dramatists Guild of America. He speaks widely on the intersection between the arts and technology in the 21st century.